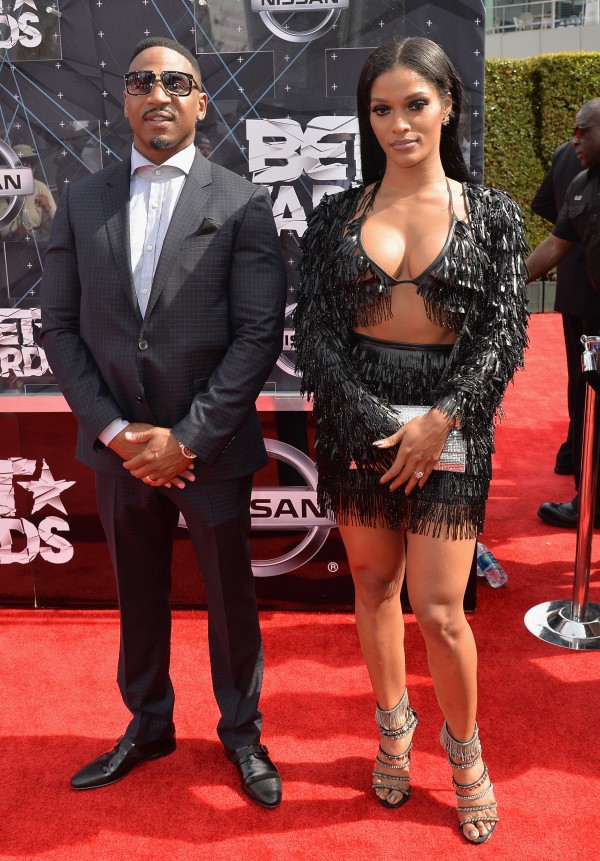 I must say that I had a spectacular time covering the 2015 BET Awards that took place in Los Angeles. On the red carpet was reality stars from Love & Hip Hop Atlanta Joseline Hernandez and her beau Stevie J. The crowd went wild when they strutted down the carpet and then they stopped right by me…lawd! I was there just to get photo opts and ask what celebrities were wearing but I heard all the tea that they said to The Steve Harvey Radio Show correspondent, so come inside to find out what they will be up to and more tea…. 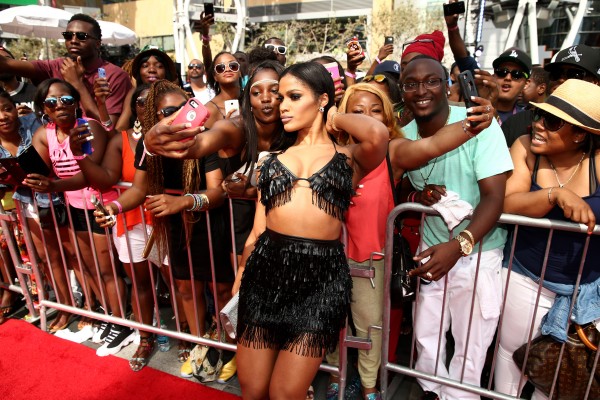 TWT TEA: So on the carpet reality couple Stevie J and Joseline Hernandez was in good spirits as they talked to the media. My post was right next to The Steve Harvey Radio Show and the reporter asked Mona Scott Young, Joseline and Stevie J about what was going on with Love & Hip Hop Atlanta and so on. I first want to say that Joseline is a piece of work! She can be so rude to people. She cut the lady off by saying she was hot and that she was ready to go lol. Certain things you just don’t say to media and I could have sworn Vh1 or Mona got her media training, geesh! Some of these reality stars can be so full of themselves just because they are on tv but she could only pull that off at a BET event because she wouldn’t get the time of day or even ALLOWED on a red carpet if it was the Emmy’s, Golden Globes, Oscars etc! In Hollywood, reality stars are frowned upon and dissed most of the time!

So anywhoo, her and Mona Scott-Young told the reporter that they have a lot of things in the works. They are gearing up for the reunion show for Love & Hip Hop Atlanta, and guess what guys? They are getting their very own spin-off show and also a wedding special! I batted my eyelashes like really? I know the ratings will do well because everyone loves this crazy reality couple but Mona really LOVES these two too, huh? Welp! 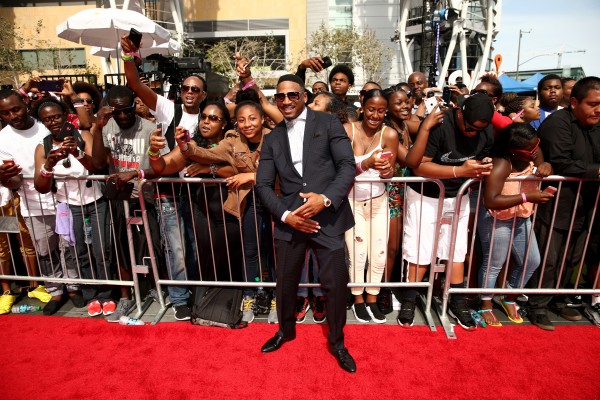 Sidenote: While in Los Angeles on Friday night, I was out to dinner with friends at Keyshia Cole’s manager Manny Hall’s restaurant called, Philippe(none of us cared for the food at all but that’s another blog post) and we saw Stevie J dining at the same place with a very pretty young lady that was NOT Joseline. I don’t know if it was a meeting or not but the way the lady was dressed, it didn’t look like a business meeting at all but he also didn’t leave with her. Later, he was at the bar with friends and I walked over and said hello. He was very nice and I asked how he was doing and he said great. He told me he didn’t care for the food either lol. He had a drink in his hand but it turned out to be a red bull. Good for him for keeping up with his sobriety! I told you guys before, I really like Stevie J, he is a gentle spirit!

Bonus: Another thing I heard while in L.A during the BET Live Experience, was that it was very hard for the producers to get anyone to do a panel with Mona Scott-Young. Lots of actresses kept clear and wanted nothing to do with her or any association. If they heard she was on a panel or at an event, they quickly said no to the idea, wow! I heard this tea several times. Mona also got shaded on the red carpet by Actress Lisa Rae while she was just steps away. See everyone doesn’t always like all the foolery and making African American people look bad on television! It doesn’t matter if you’re telling these people stories, some things need to remain private, just saying. You can see the video of Lisa Rae throwing shade by clicking here. Till next time! xoxo 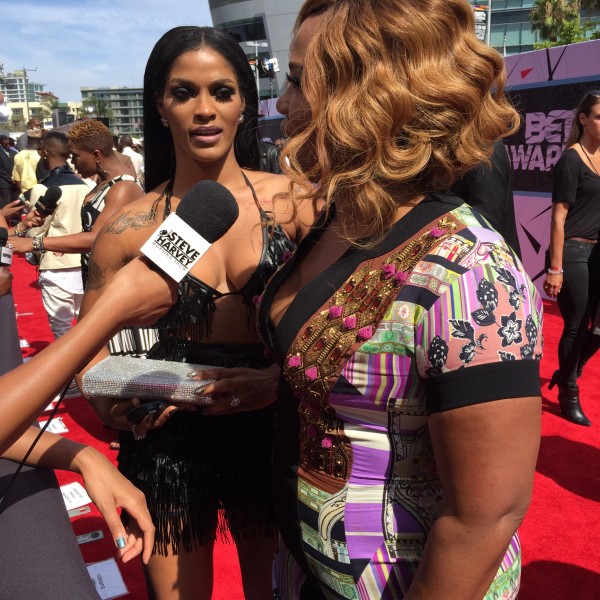 Images I shot standing next to The Steve Harvey radio show 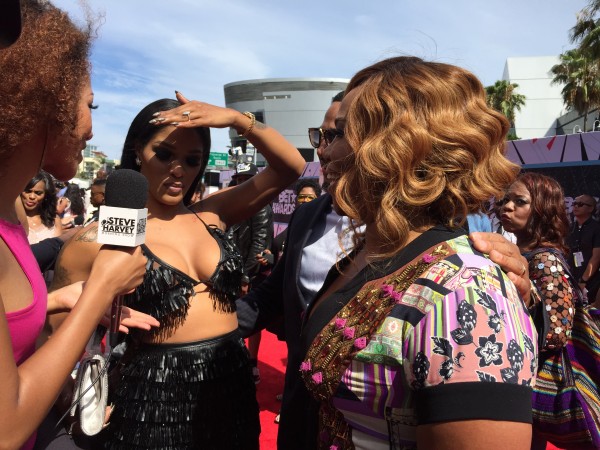