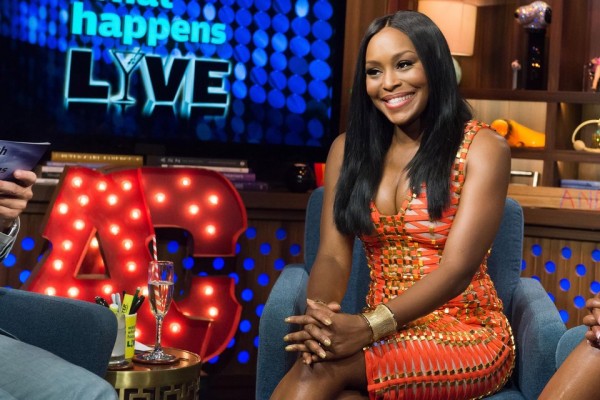 Yep, you knew it was coming so here we go! I’m in a funky type of mood today, but when I’m in a weird mood and Pink Suga is up, I can be messy so…let’s talk about Ms.Quad the Pharmaceutical Sales Rep turned Reality Star on Married To Medicine. but anyway, she made an appearance on Watch What Happens Live on Sunday night and yes, I was fast asleep and didn’t watch but when I woke up to head to the bathroom, my timeline was popping off on all social medias saying that Quad lied about the cost of her outfit on the show! I have never known a celebrity to talk about the price of their outfit for one but to announce it and have the price wrong tickled me to no end! 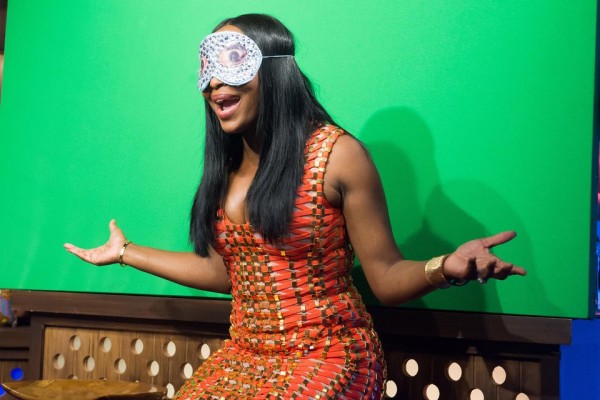 TWT TEA: Supposedly she fluctuated the price of her orange Herve Leger dress from the Spring 2015 collection. When the dress hit the stores nationwide this Spring, it retailed for $5,190 but now it’s on sale for $2,725. When she appeared on Watch What Happens Live on Sunday, June 14th the dress had already been marked down lol. Some way, some how Ms.Quad or her “Good Judy” didn’t tell her the correct price of the dress or she was just talking too fast trying to be grand telling the viewers that it costs $7,000!

Everyone started to go in on her and lots of people said that dress was NOT worth all that money. I was cracking up! They also kept tweeting her saying why lie about how much it costs. I don’t know if anyone remembers either that last year, Quad made an announcement that she was a brand ambassador for BCBG/Herve Leger. I am pretty sure they either loaned her the dress to wear for tv or they gifted it to her. Either way, I’m sure she did not spend one red cent for it! I hear she is quite the frugal gal wink!

Fashion Blogger Claire of Fashion Bomb Daily immediately posted to her instagram after the show, how much the dress really costs lol! I’m not sure what happened or maybe Quad got brain freeze but there are a lot of people like myself that blog about fashion and celebrity style daily. We just know how much designer items cost. You can’t really get around telling stories nowadays with the world of social media and google. Maybe there just was a misunderstanding, not sure.

I would suggest that the next time Quad goes on a national tv show and boasts about how much her outfit cost, that she hires that same private investigator that she had looking up her castmate Lisa Nicole Cloud’s personal business and have him get the costs of her outfits too lol! Till next time…Bloop! xoxo 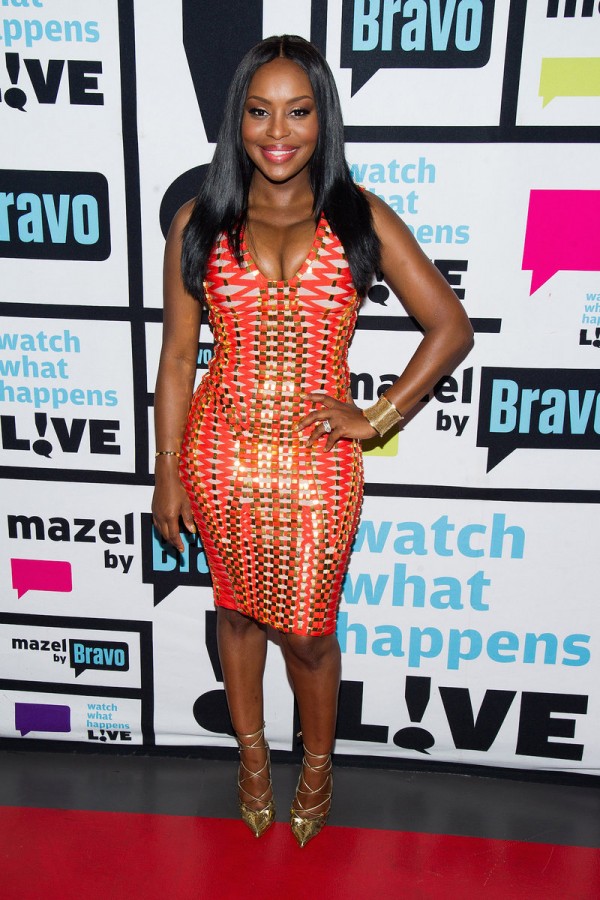