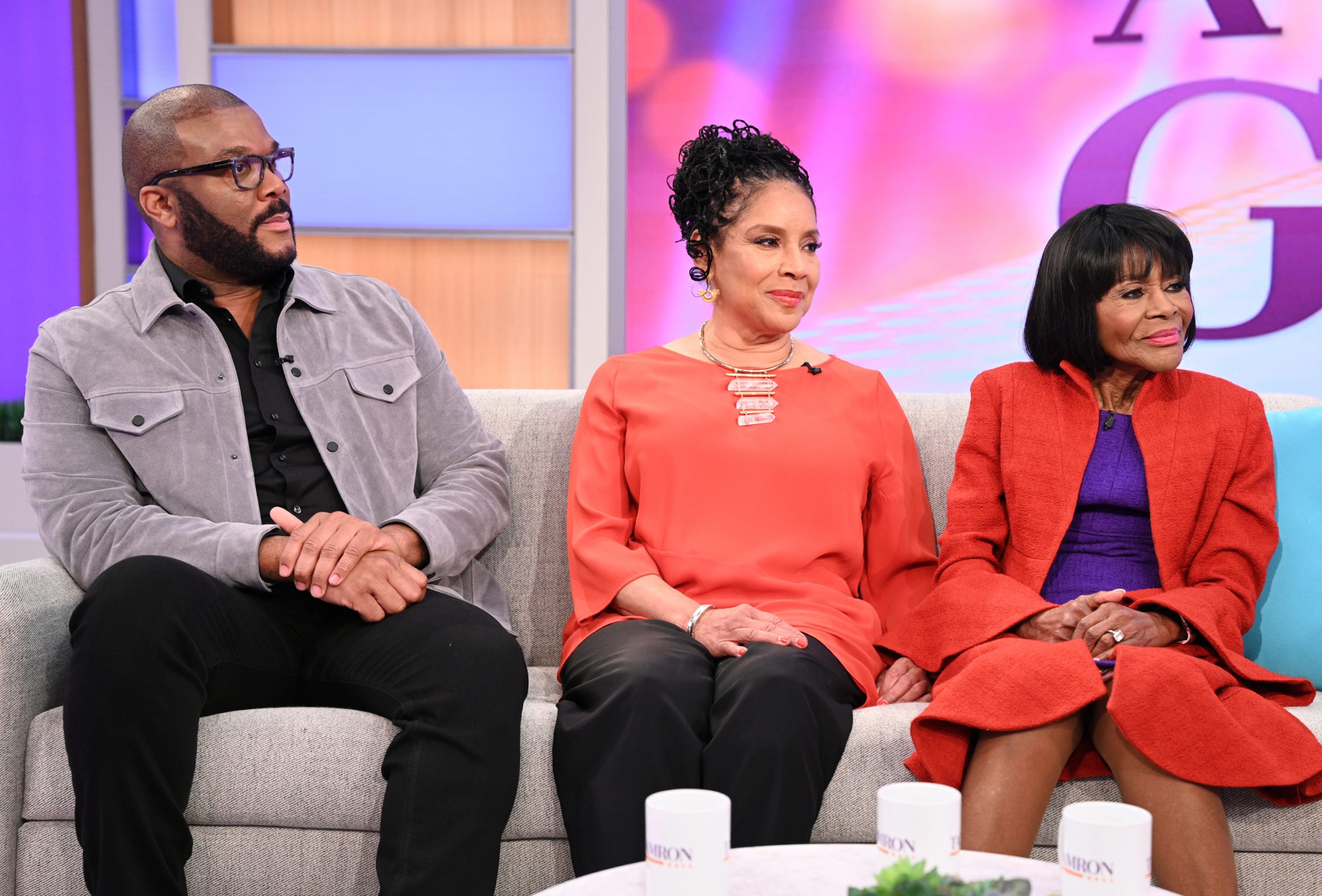 On the Friday, January 17th edition of “Tamron Hall,” Tyler Perry, is joined by Hollywood legends Phylicia Rashad and Cicely Tyson, and breakout stars Crystal Fox and Bresha Webb to discuss their new Netflix film A Fall From Grace.

The two later joked about a picture Perry shared on Instagram of his living room turned writers room. Tamron reacted to how impressive Perry’s home was, specifically noting the size of his fireplace. Perry took the opportunity to speak about his good fortune and success. He shared: “I used to get embarrassed by having things and being blessed, but let me tell you something: when I was sleeping in that car and homeless, nobody asked me to apologize, so I’m not going to apologize.”

The two were later joined by Phylicia Rashad and Cicely Tyson who star in Perry’s latest Netflix film. The iconic actors opened up about their experience in the industry, specifically as older women. Tyson, age 95, shared that she will never retire. “And do what?,” Tyson remarked, “I mean, retire and sit on the couch and watch television and have a heart attack?”

Tyler also expressed his gratitude for working with Rashad and Tyson, who he called “the greats” saying, “First of all, we’re on land that was once a confederate army base and I am there with these women, these legends who I grew up watching who I’ve always admired, so the fact that I’m working with them, it’s a pinch-myself moment every day going, ‘wow.’ And I don’t see class like this anymore, you know? This level of class and grace – I just love being around them, every day.”

Breakout stars Crystal Fox and Bresha Webb also joined the group speaking highly about the opportunity Tyler gave them in being a part of this film.

Tyler and Tamron later joked about the moment Tamron’s son Moses called Tyler “da da.” As Tamron detailed the story for the audience, Tyler cut in and said, “Don’t start no rumors.” Tamron joked about her reply to Moses, “Unless you’re on his will, do not call this man daddy.” 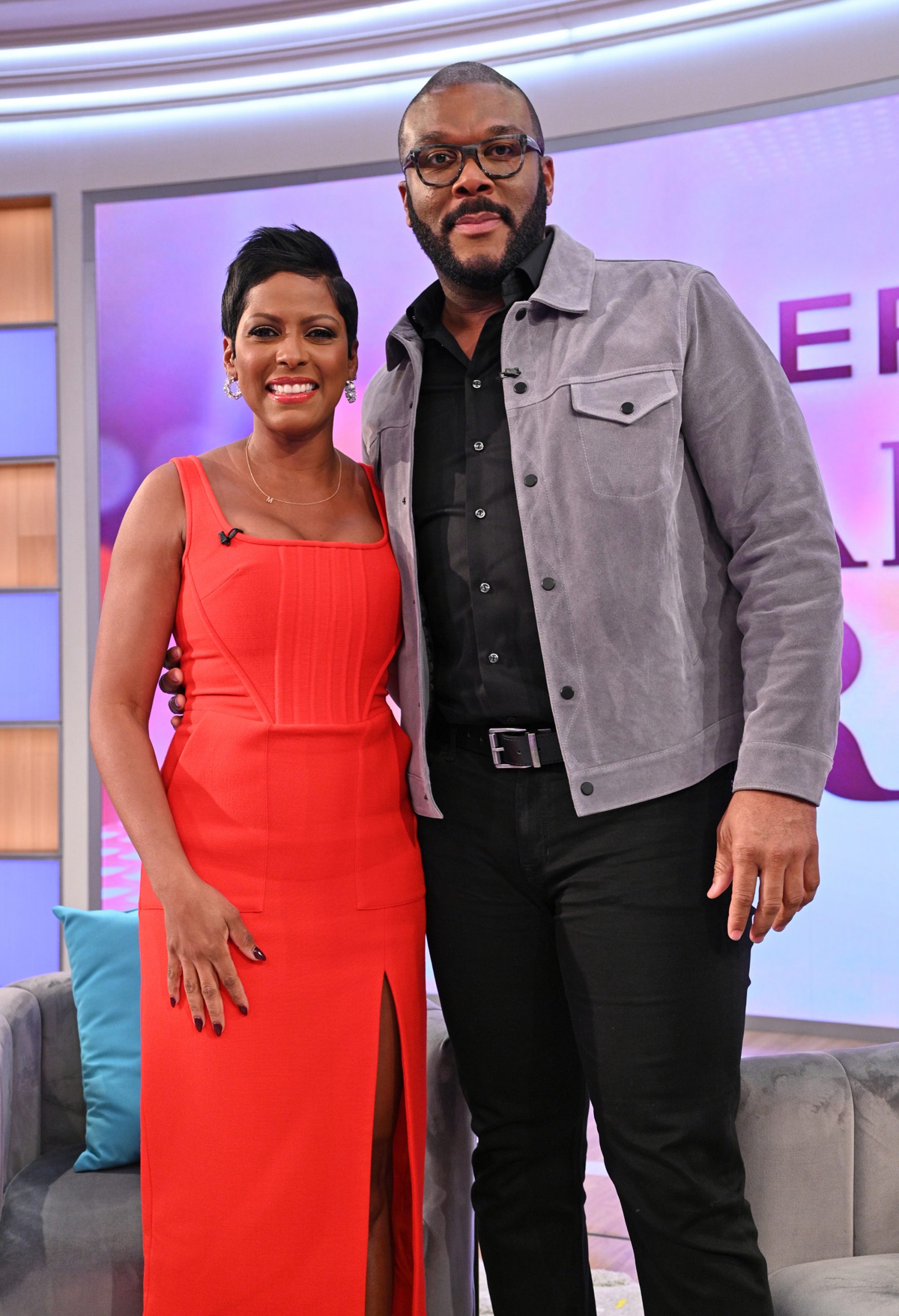 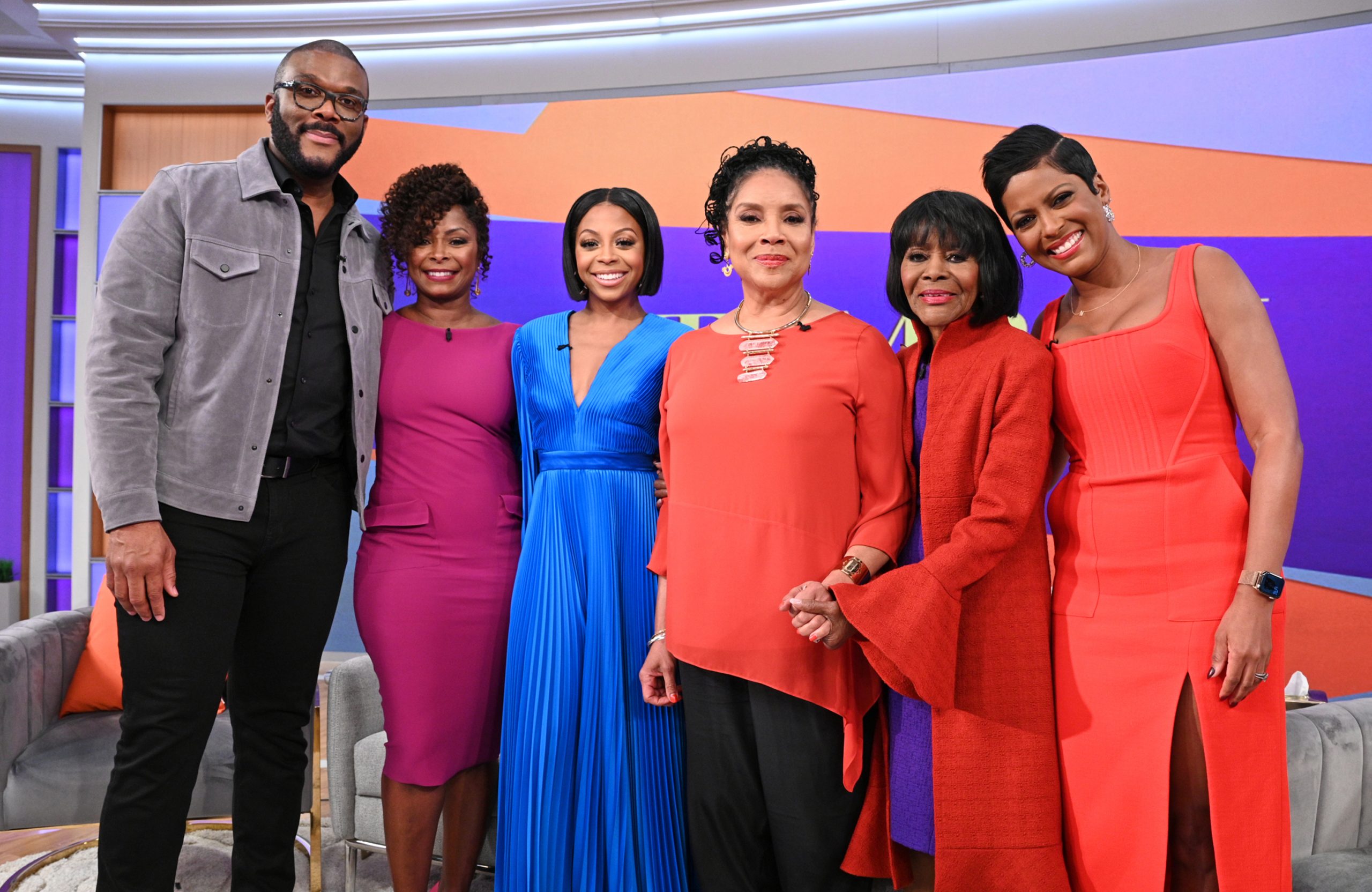