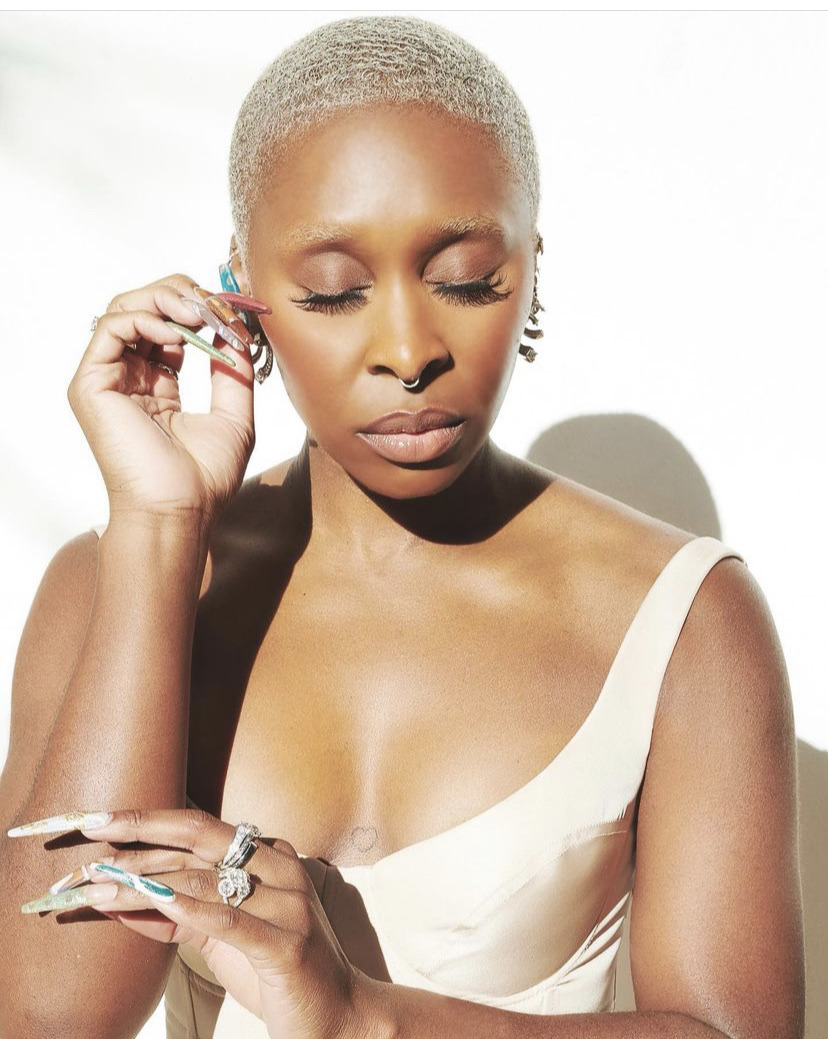 Actress Cynthia Erivo was once again glammed up for another red carpet event for the SAG Awards from her backyard, wearing a lovely satin gown with bedazzled nails and full face! She posted that she felt like a Queen. The awards ceremony was pre-taped meaning that the stars got all dolled up before the show actually aired. It is just not the same to see the stars walk the red carpet, boy do I miss that!

Cynthia along with Helen Mirren, Sterling K. Brown, Dan Levy, Henry Golding, Riz Ahmed, and Mindy Kaling were among the actors, many of whom shared their favorite television shows: The Great, The Queen’s Gambit, The Flight Attendant. Many of the actors later talked about the “special skills” section of their resume, noting that earlier in their careers they would add skills that they weren’t necessarily proficient in.

“On my resume I put down that I can horse ride, I can sword fight…” recalled Erivo.

For the taping, her glam squad included celebrity stylist, Jason Bolden, Terrell Mullin on the beat and Coree Moreno on the hair. I have the full details on her designer blush pink gown inside, have a lovely day everyone! 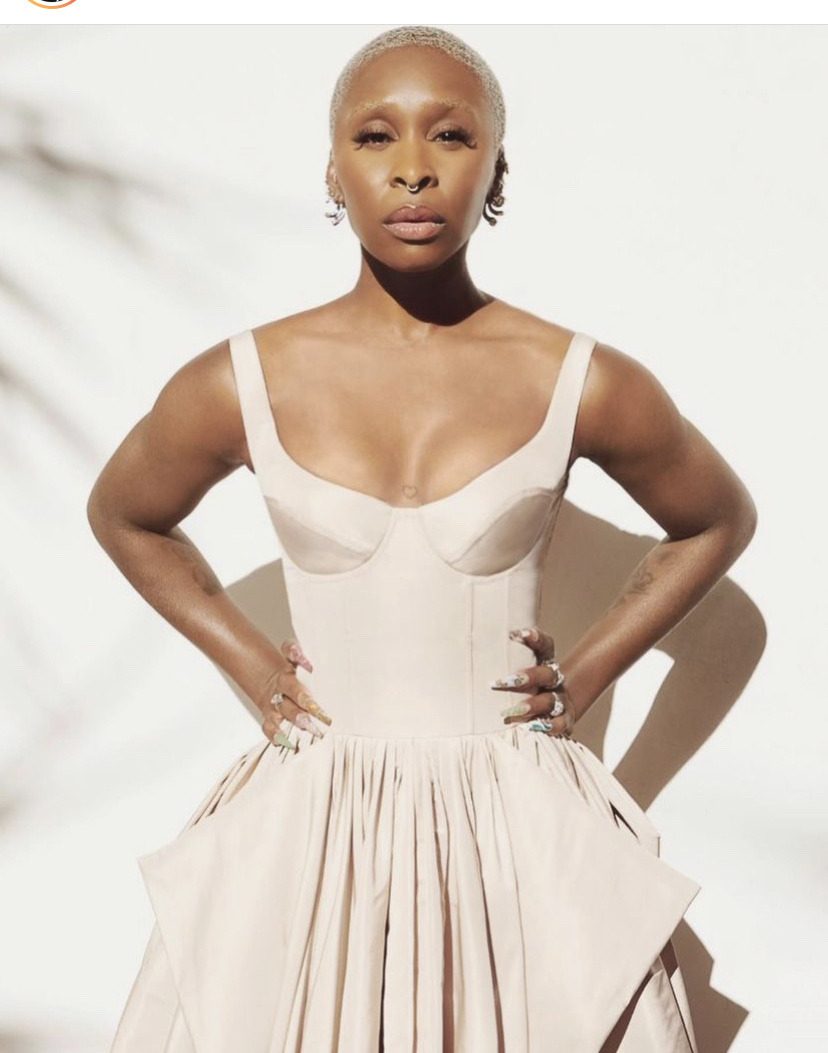 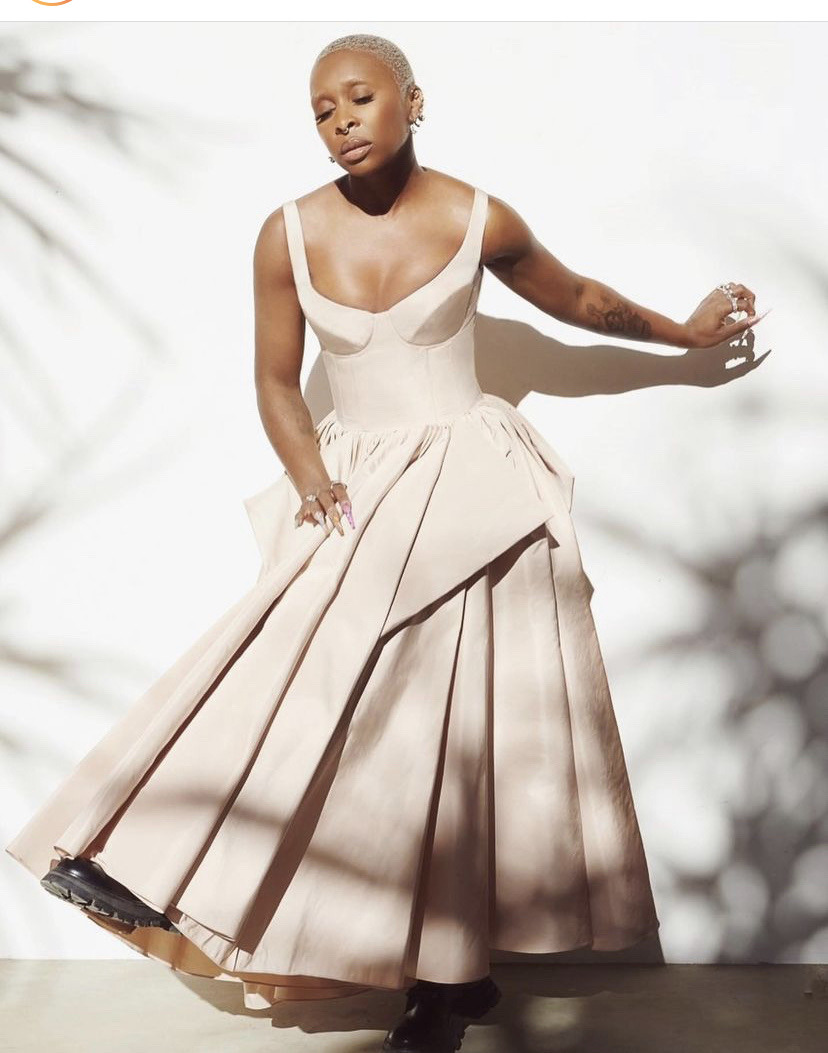