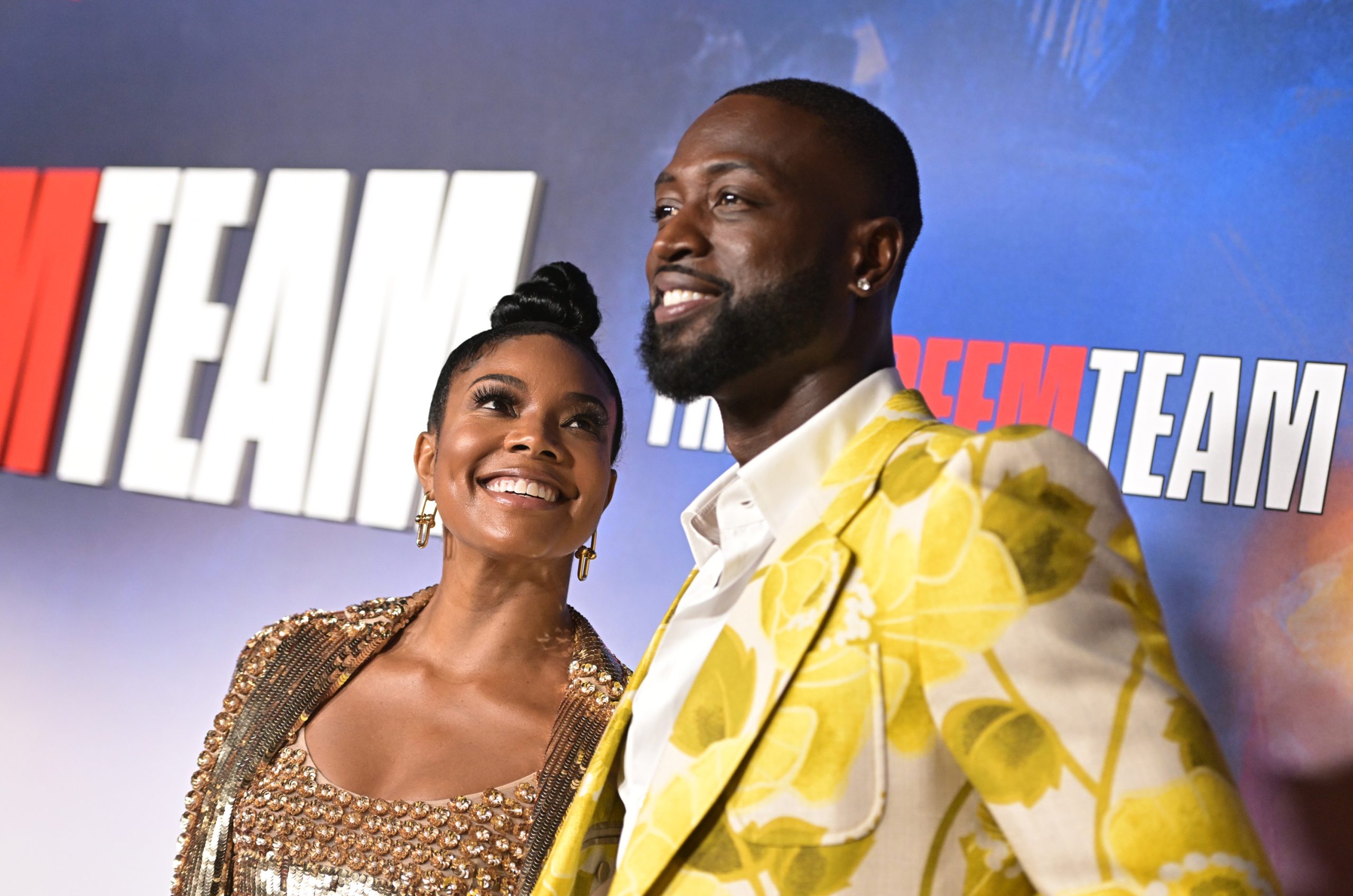 I love to see celebrity couples and especially when they coordinate their fashion looks together! Former NBA baller Dwyane Wade and his lovely wife and actress Gabrielle Union looked amazing as they hit up the red carpet for Netflix’s The Redeem Team Special Screening in Hollywood, Ca. They always look great together when you see them out and about! They both have great stylists too that put them together nicely! Gabby opted out for a gold two-piece shimmery gold ensemble where she showed off her legs and finished with a top knot hairdo, classy. She is the sweetest lady guys and I have had the pleasure of interviewing her several times, always so upbeat and funny too!

Dwyane went for a floral print silk suit that was tailored to perfection! Nothing like a well-dressed man on your arm, it just does something to yah ha! He wore a fresh haircut and diamond stud earring with a designer blue watch for the carpet. In the film, The Redeem Team that streams on Netflix October 9th, it shows behind the scenes footage of Dwyane and the US Olympic Men’s Basketball Team quest for gold at the Olympic Games Beijing 2008. Dwyane also was an Executive Producer. See more pics of their looks inside and the designers they wore…. 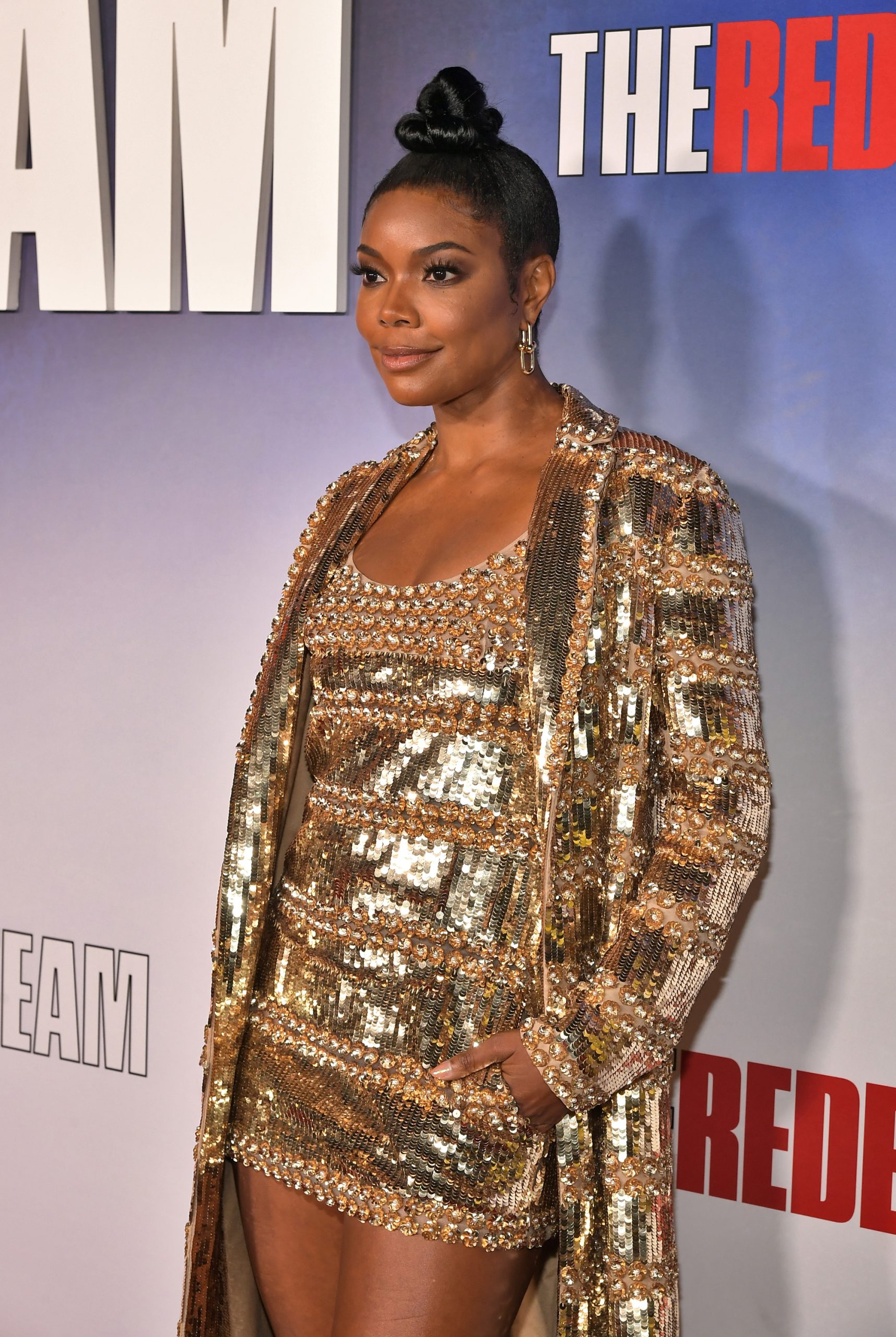 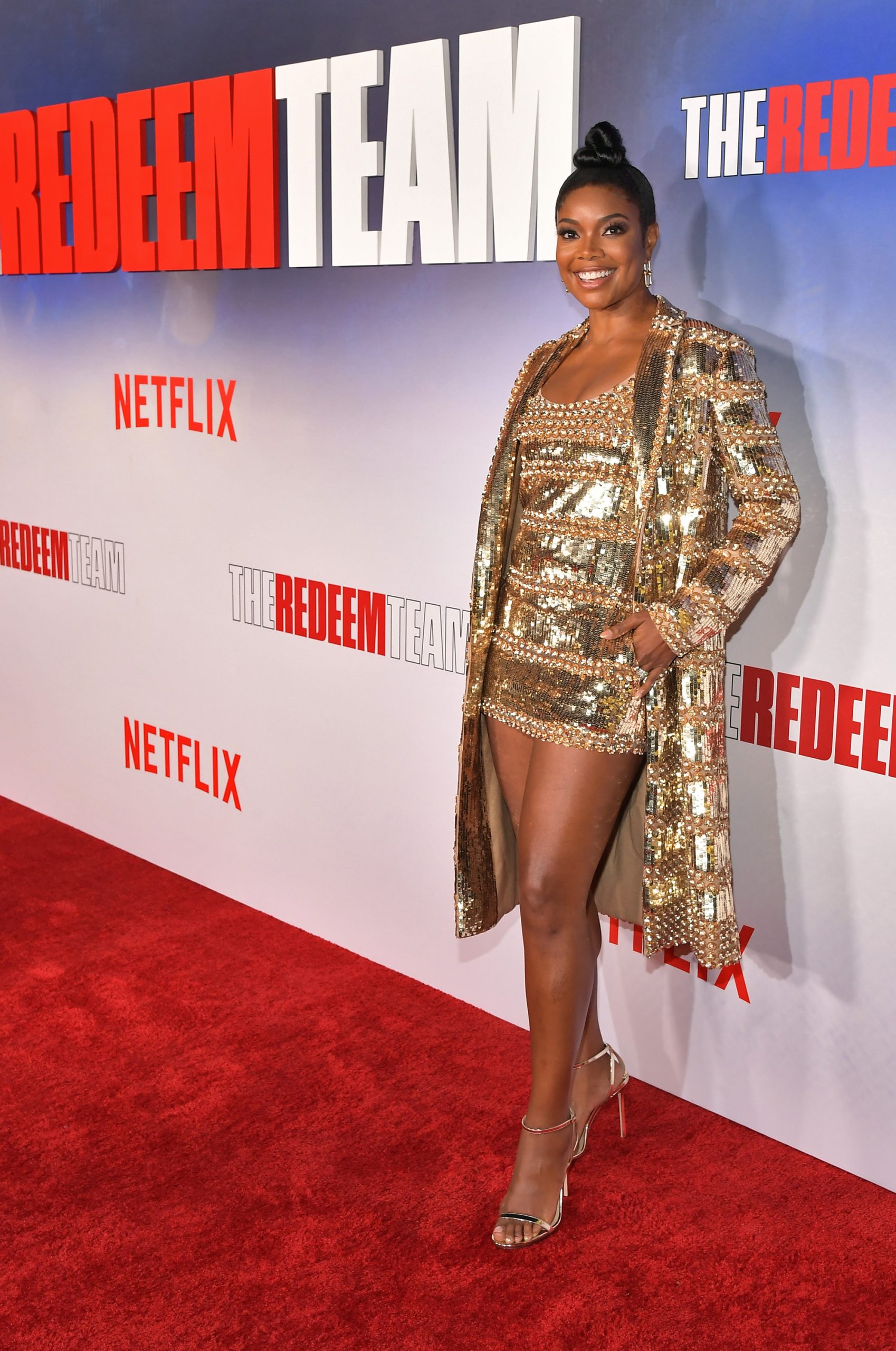 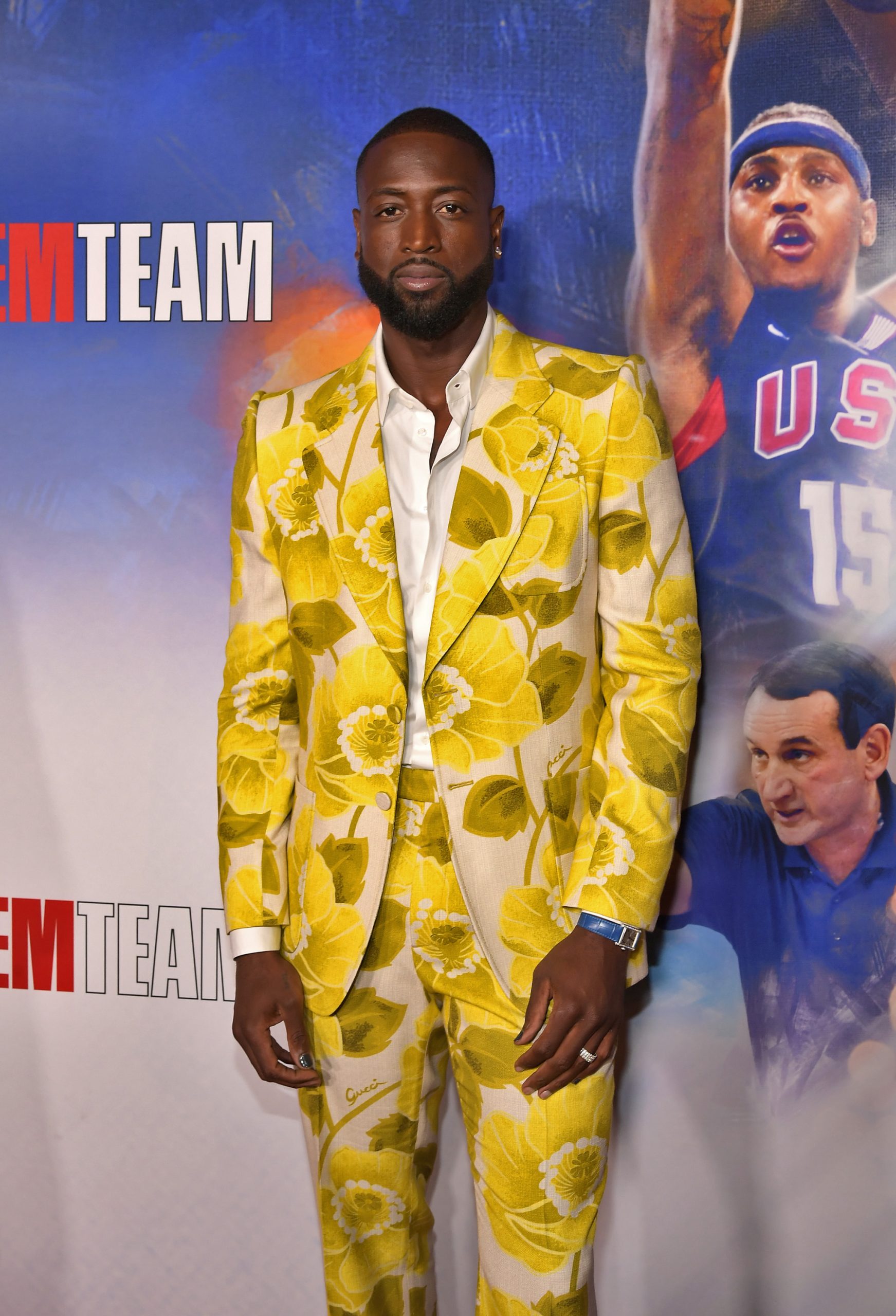 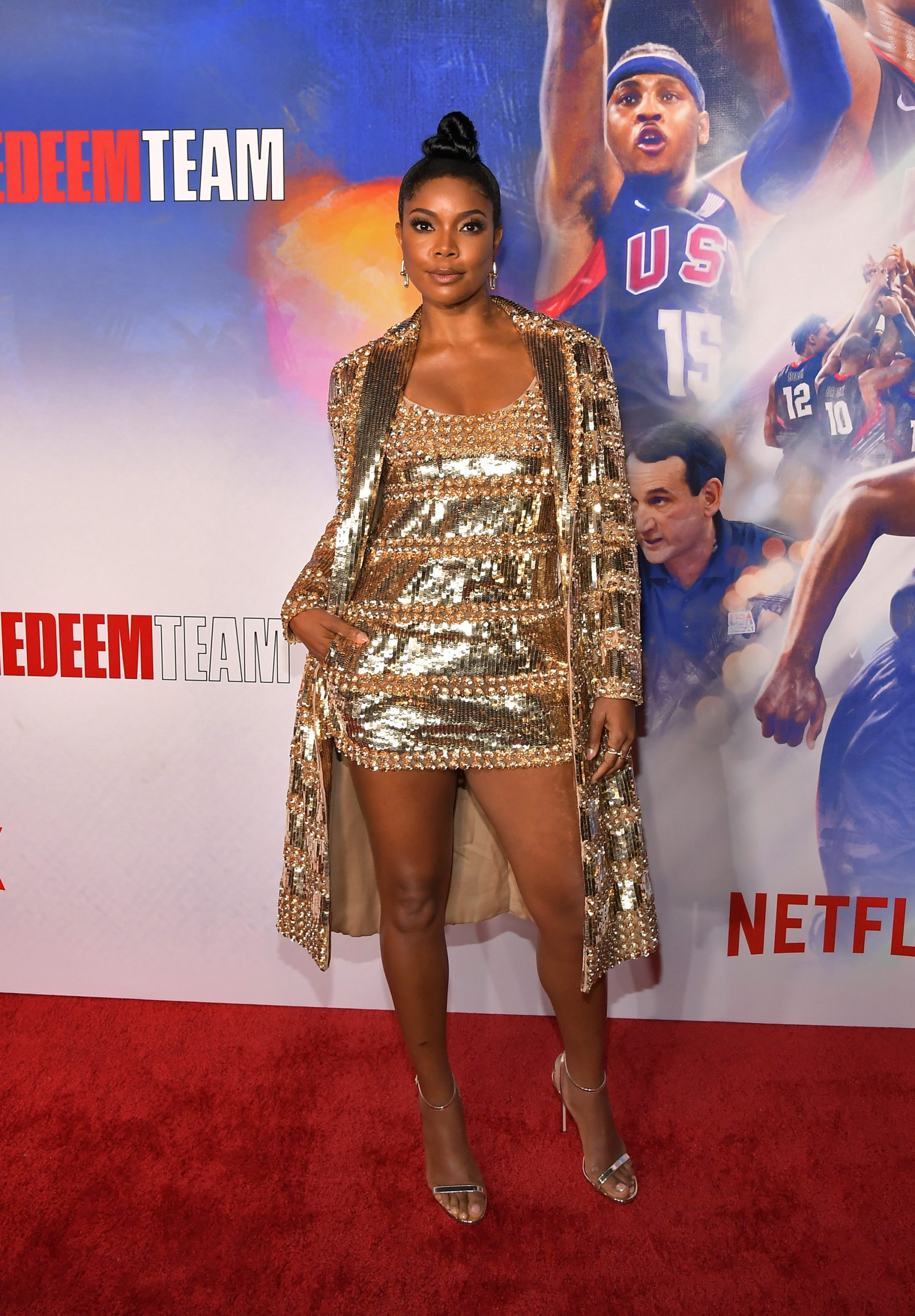 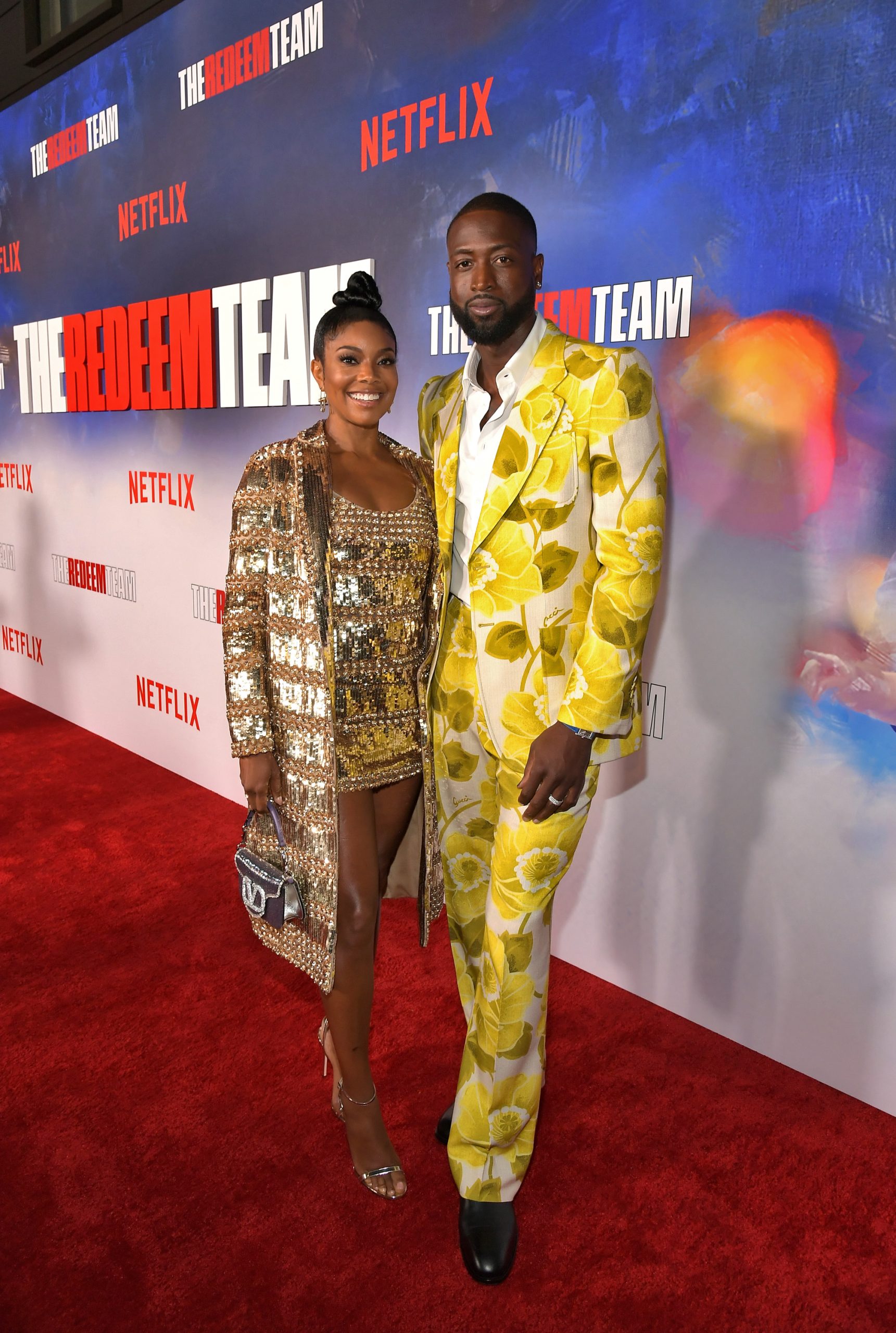 Gabrielle Union was wearing a Maison Valentino dress and jacket with matching purse and Dwyane was wearing a Gucci suit, lovely couple!