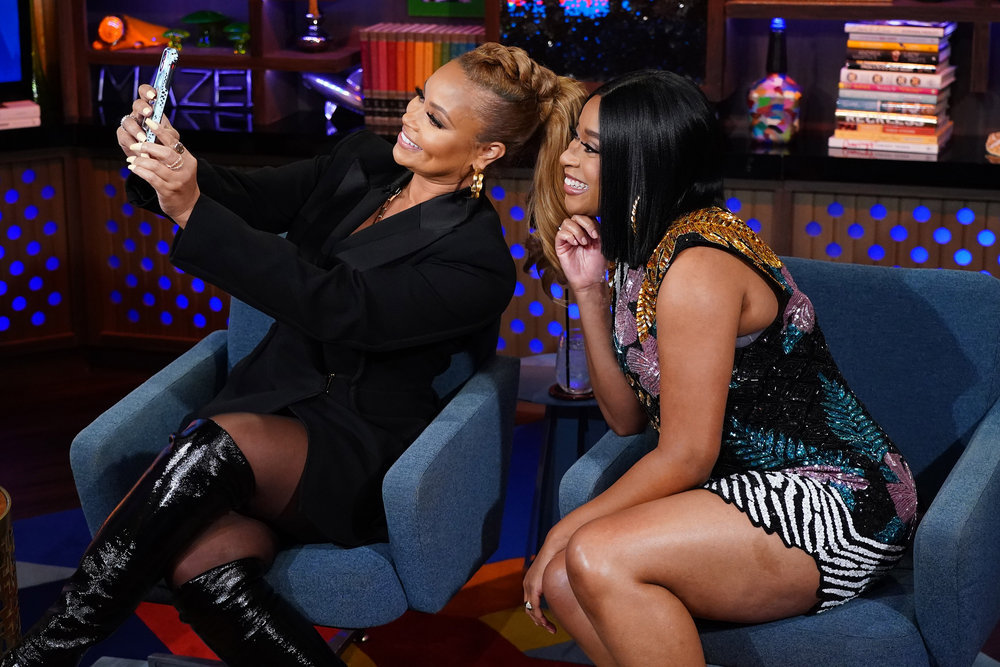 Comedian Phoebe Robinson who I just found it is from my hometown of Cleveland, Ohio and Reality Diva Gizelle Bryant, were both in the clubhouse over at Watch What Happens Live with Andy Cohen on Sunday night. The show is filmed in NYC. During on of the segments, they played a game called, Fashion or Trash, Hun?, Phoebe Robinson either liked or disliked Gizelle Bryant’s most interesting looks from RHOP to her face. She kept giving excuses as to why she wore something saying, well I was in costume or on vacation lol.

What did that have to do with the price of tea in China lol! I was cracking up but we have all been there and I know I have, so I am NOT talking! Check out the funny clip inside, Gizelle you looked really nice on this show, love the black patent leather boots and tuxedo dress! 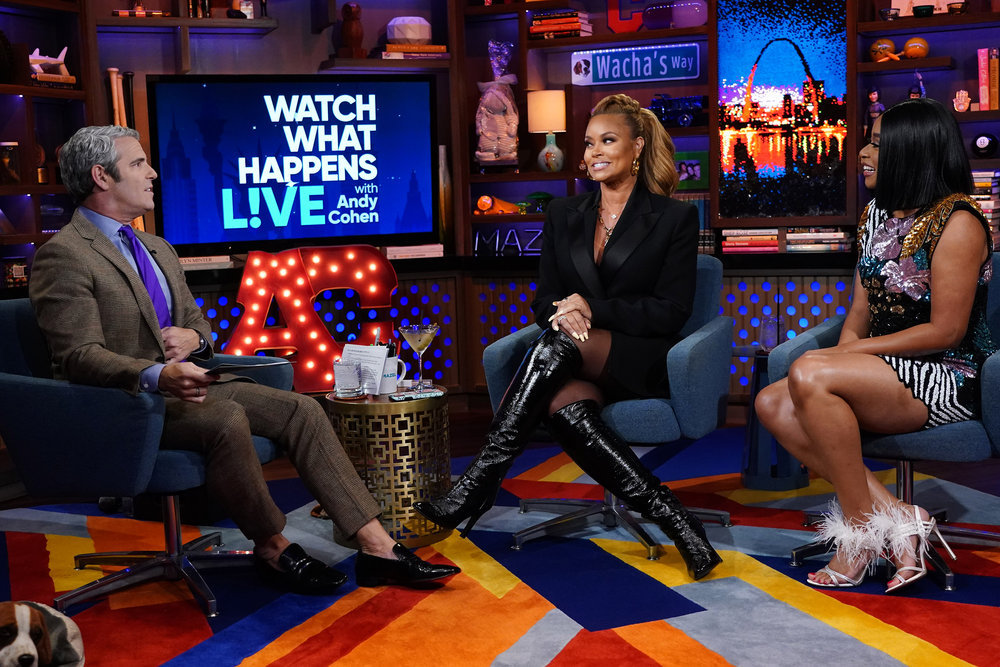 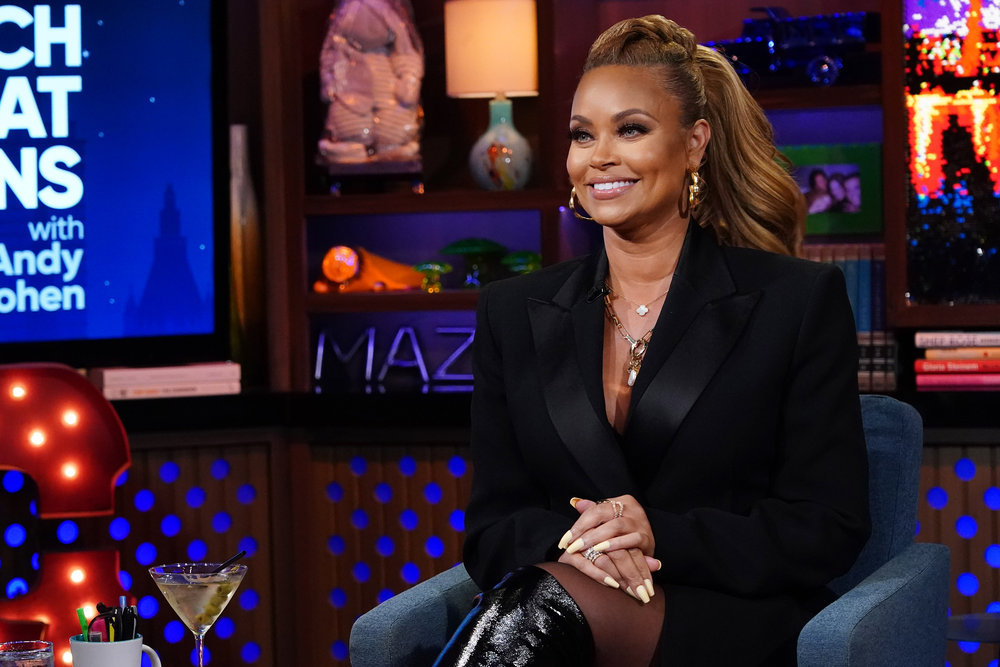 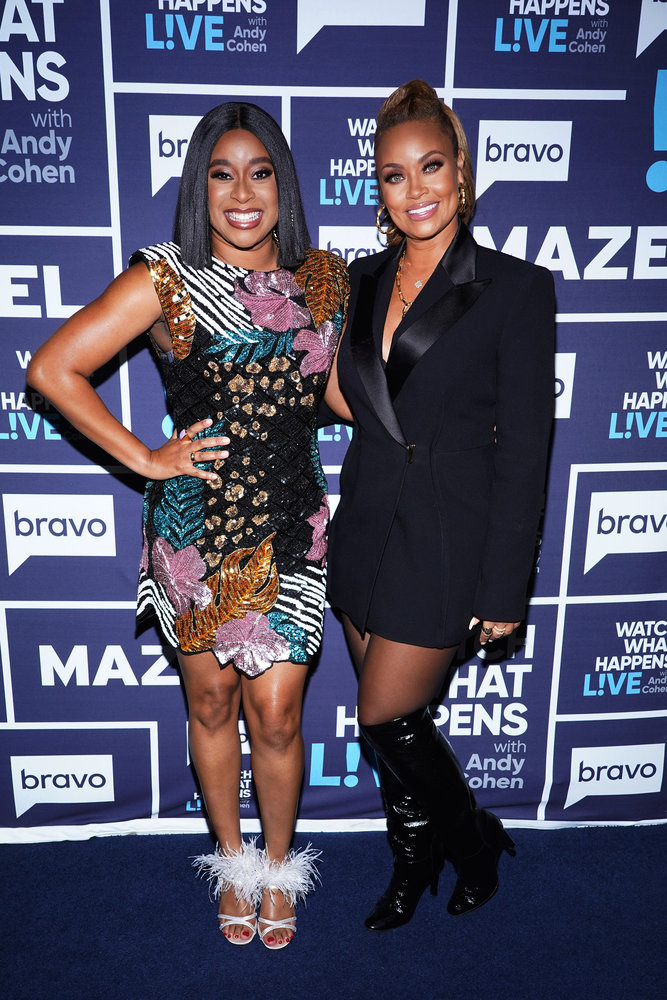 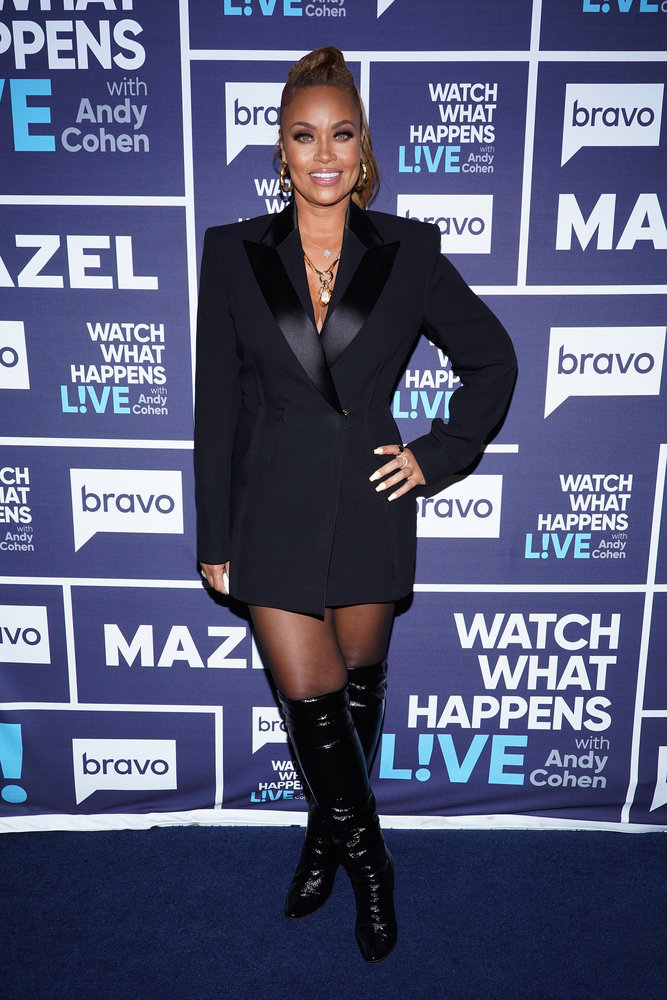