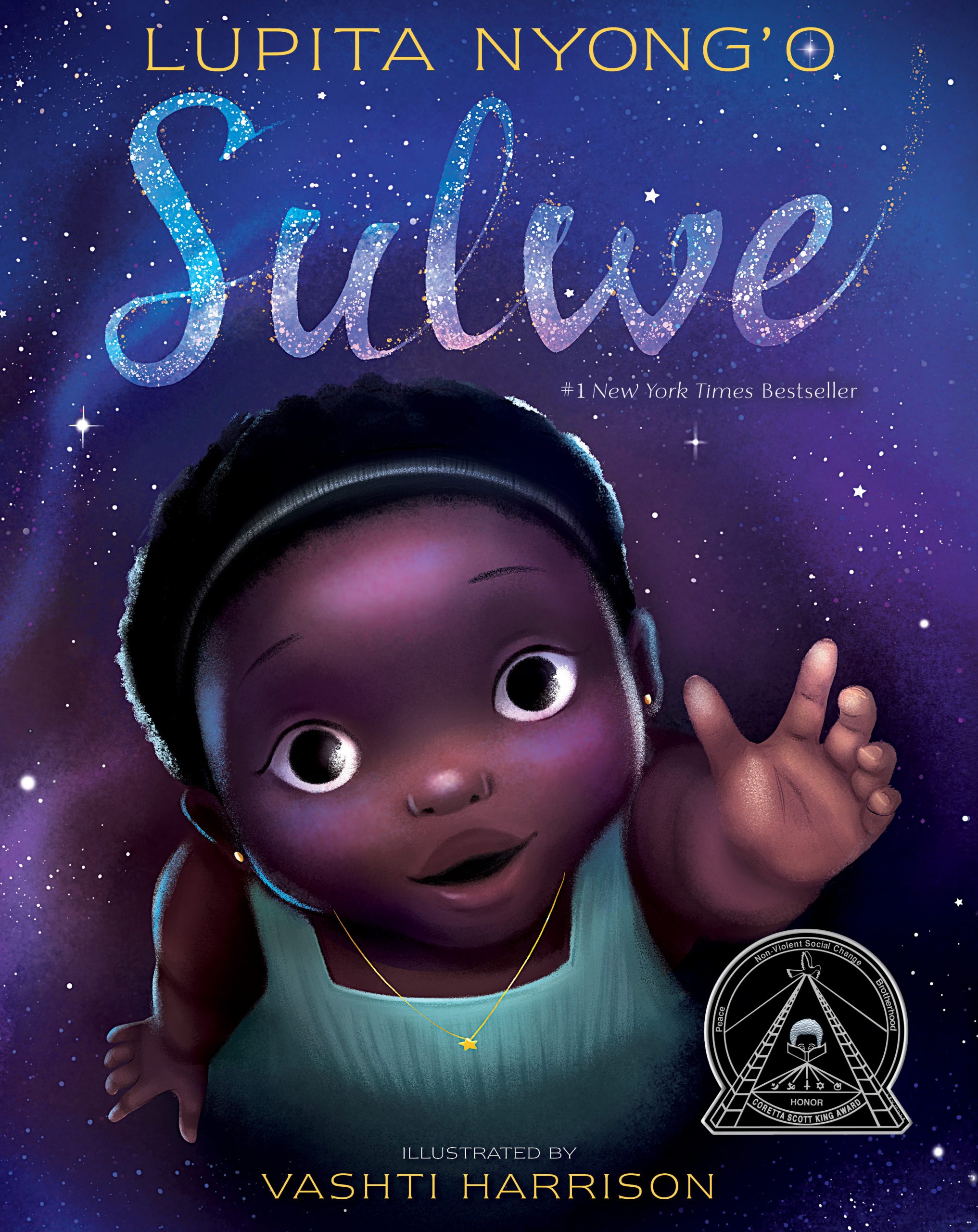 Sulwe has skin the color of midnight. She is darker than everyone she knows. All she wants is to be beautiful and bright. One night, Sulwe is visited by a shooting star sent by the Night, and embarks on a magical journey where she learns the eye-opening story of the sisters Night and Day. Sulwe is a story about colorism, self-esteem, and learning that true beauty comes from within.

ABOUT LUPITA NYONG’O
LUPITA NYONG’O is a Kenyan actress, producer and bestselling author. She made her feature debut in Steve McQueen’s Academy Award® winning film “12 Years a Slave,” for which she received the Academy Award® for her performance as Patsey – as well as multiple accolades including the Screen Actors Guild® Award, the Critics’ Choice Award, the Independent Spirit Award, and the NAACP Award. In 2019, Nyong’o starred as dual characters, Adelaide and Red, in Jordan Peele’s “Us,” for which she received the Screen Actors Guild nomination, as well as NY Film Critics Association Award for Best Actress and the NAACP Image Award for Outstanding Actress in a Motion Picture. Nyong’o’s debut book Sulwe earned a #1 spot on the New York Times Bestseller list within the first two weeks of release. Upcoming, Nyong’o stars in Universal’s female-driven spy thriller THE 355, and BORN A CRIME, the biopic she will produce based on Trevor Noah’s New York Times best-selling book of the same name. She is set to reprise her role as Nakia in the sequel to Marvel’s BLACK PANTHER. In March 2021, Nyong’o will star in The Public Theater’s bilingual audio adaptation of “Romeo y Julieta” alongside Juan Castano. The podcast production will be presented in partnership with New York Public Radio.
Share It!