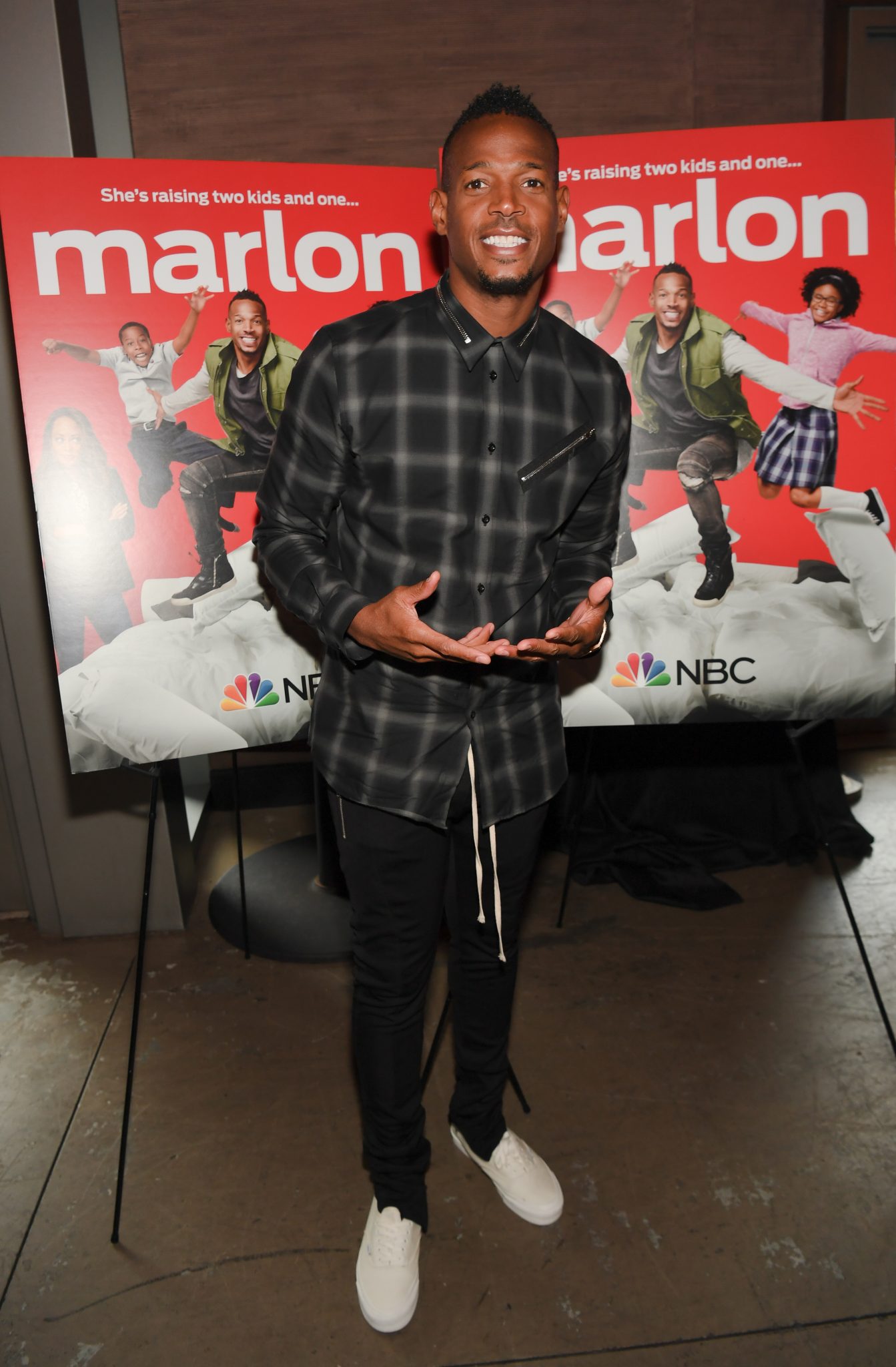 In celebration of the series premiere of NBC’s MARLON, cast member Marlon Wayans hosted a private press dinner at STK in Atlanta on Monday, August 7th. It’s always fun to chat with him and I remember getting invited out to Los Angeles earlier this year for a set visit. Marlon is always so funny and if you take a peek at the pictures inside, you can see that I laughed throughout the entire interview lol. We talked about his eating habits which consists of no meat, he loves leafy salads, he eats lots of fruits and vegetables and drinks plenty of water and tea. He said he has noticed a huge difference. We then talked about some of the cast on the show, working with Essence Atkins and more. Check out more pictures inside and try to support his new tv show Marlon and his new movie on Netflix called, Naked coming soon! 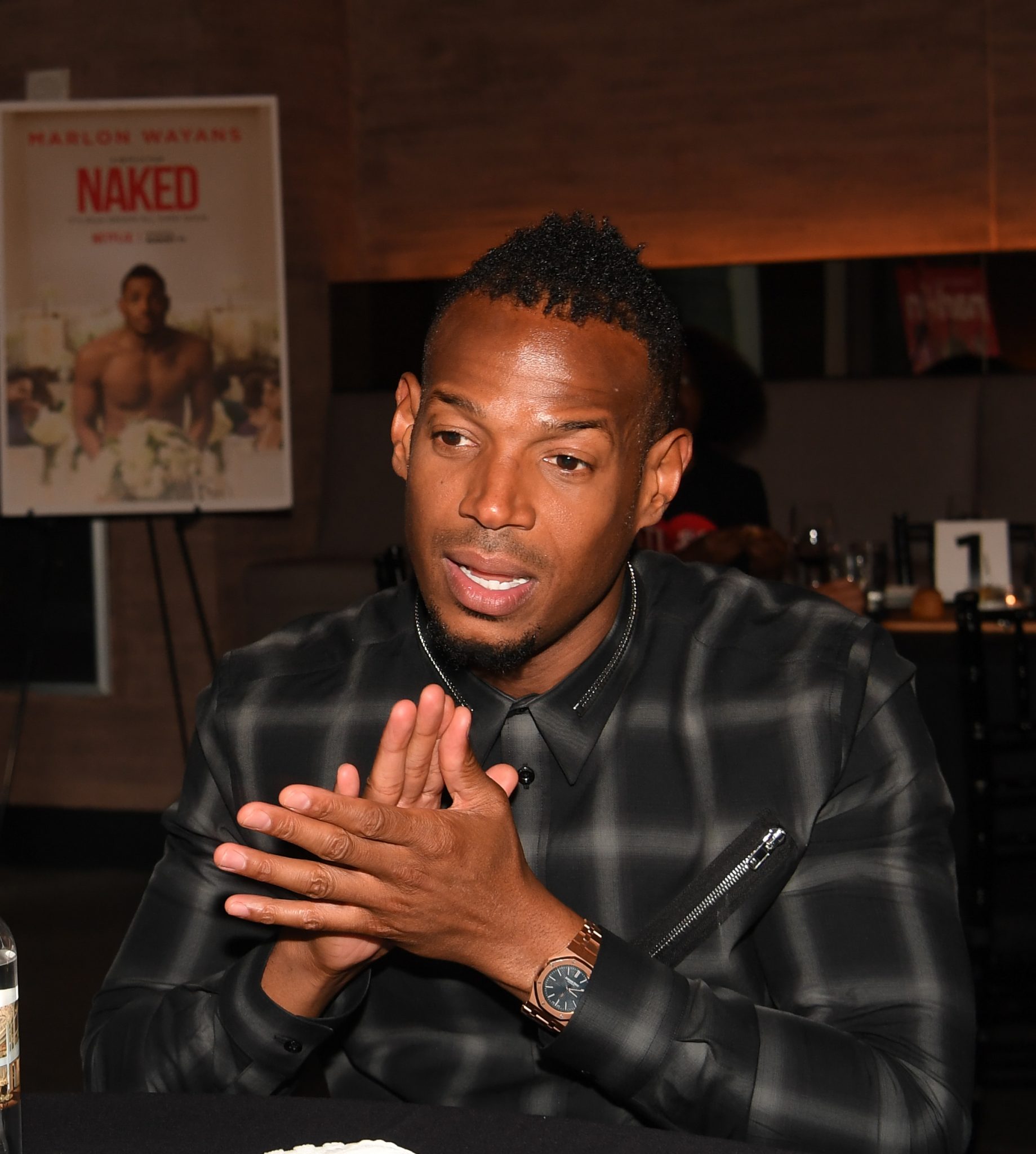 During the roundtable discussion, I asked Marlon did he request to work with Actress Essence Atkins. She has been in a few projects with him like their funny movie, Haunted House. He said you can not necessarily do that, you have to be fair and respectful. Once she came in for the screen test, everyone could instantly see the chemistry between them, you could see it jump off the screen. He told her early on that if he ever had the chance to do a television show, he would be Bill Cosby and she would be his Phylicia Rashad. He said he loves Essence and she is a solid Actress. Marlon also stated that he enjoys working with comedian Affion Crocket because he really makes him laugh and literally has him in tears during auditions. He hopes that he can come on the show with a few guest appearances. 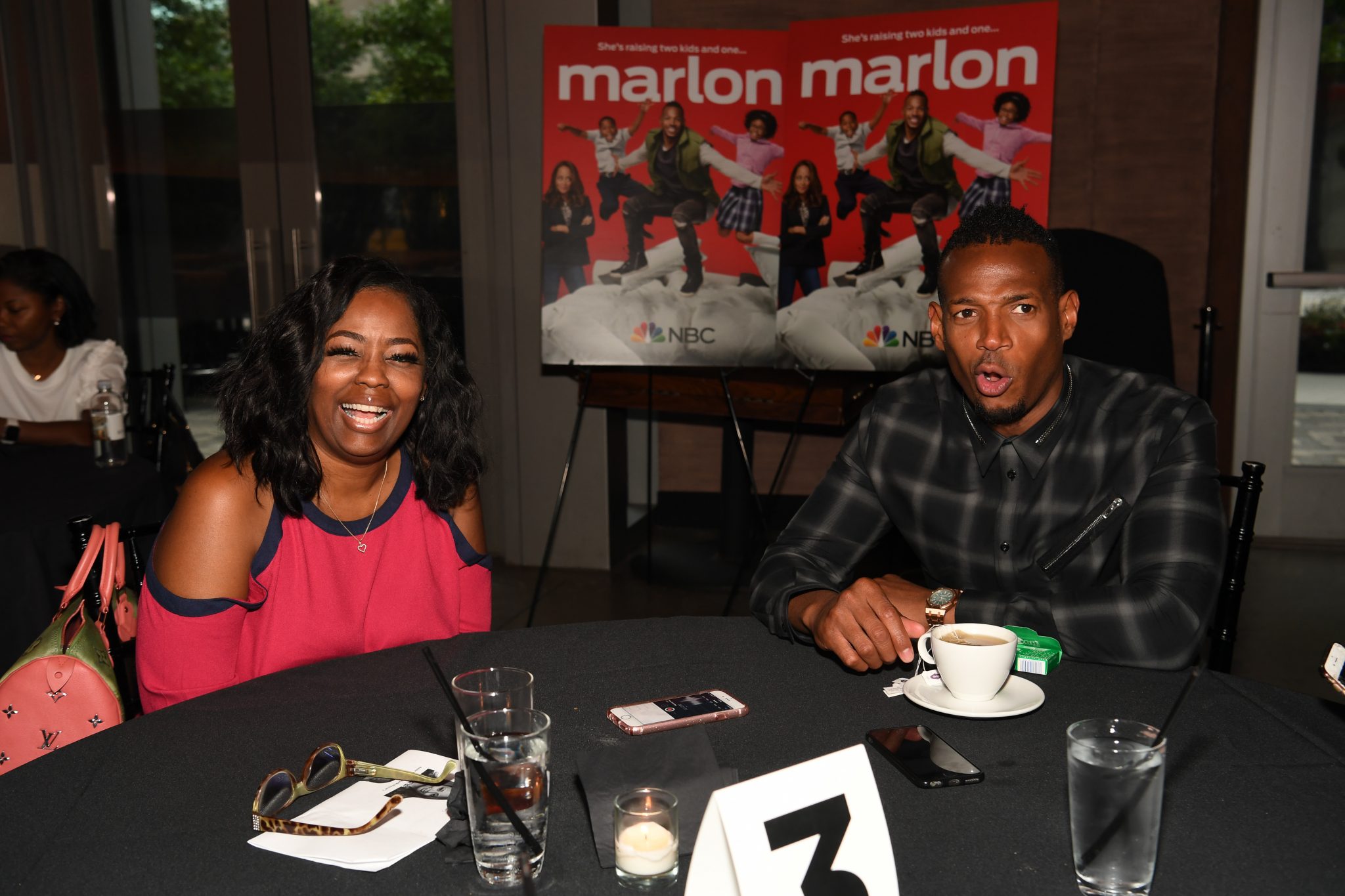 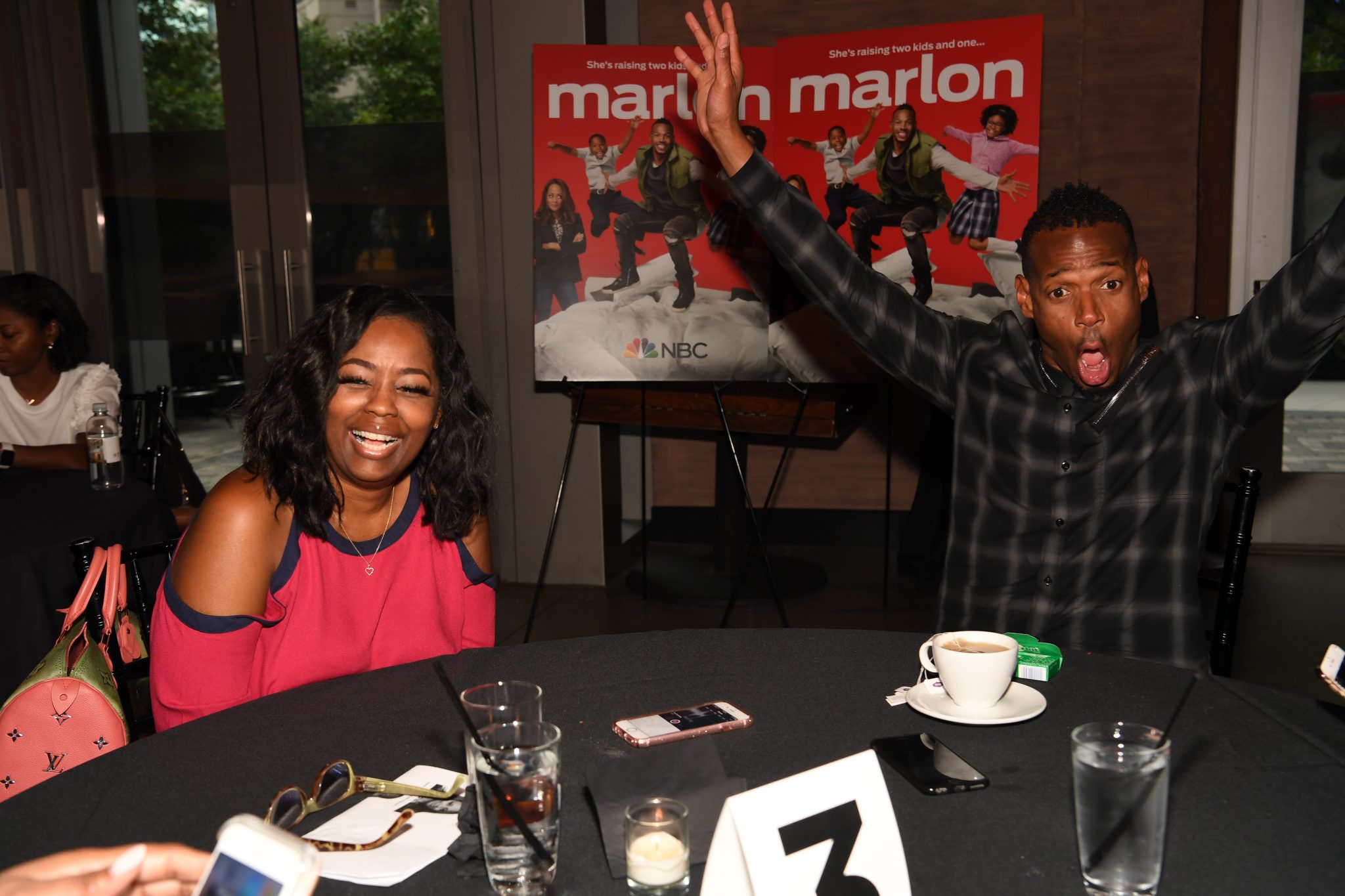 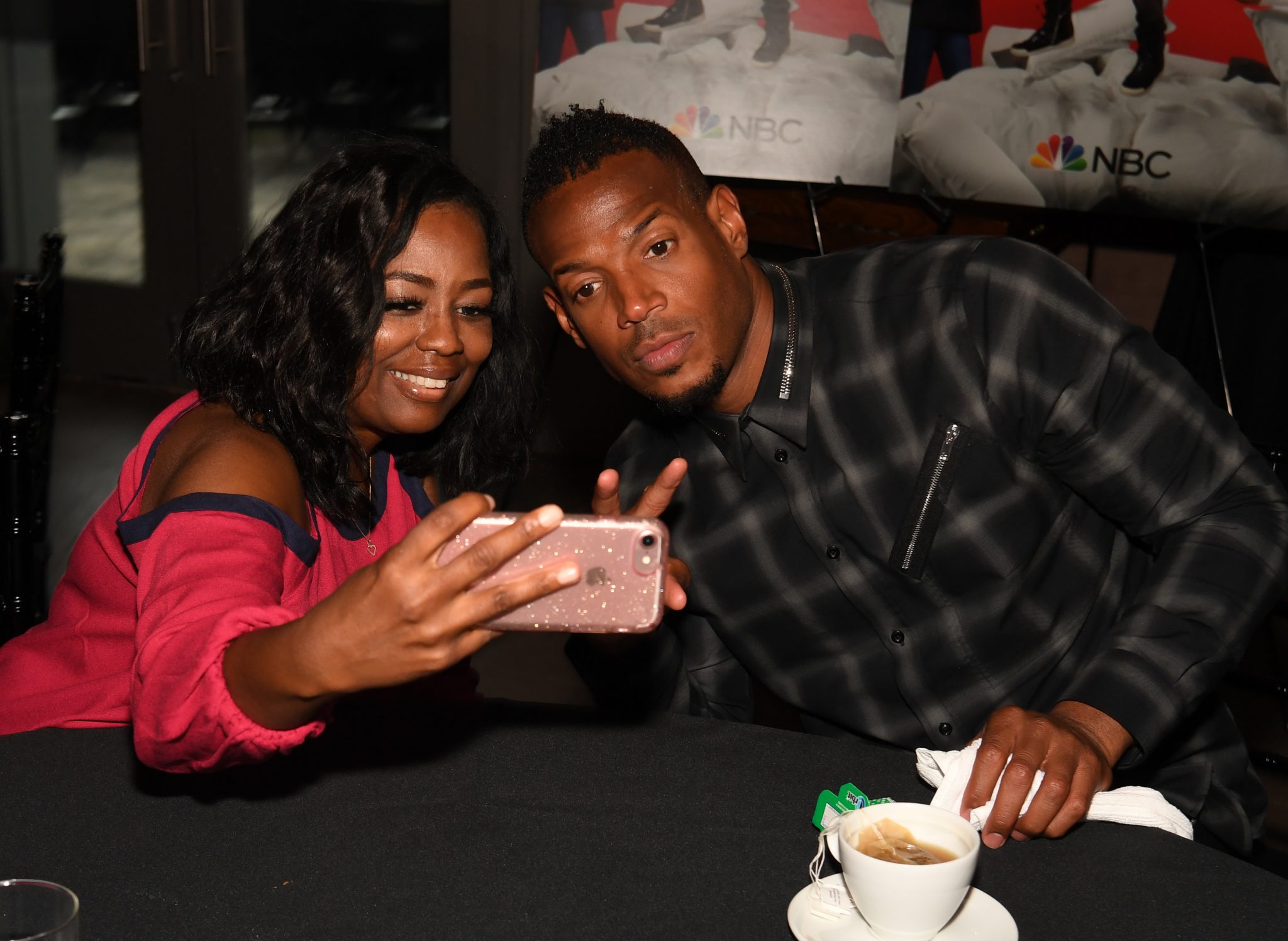 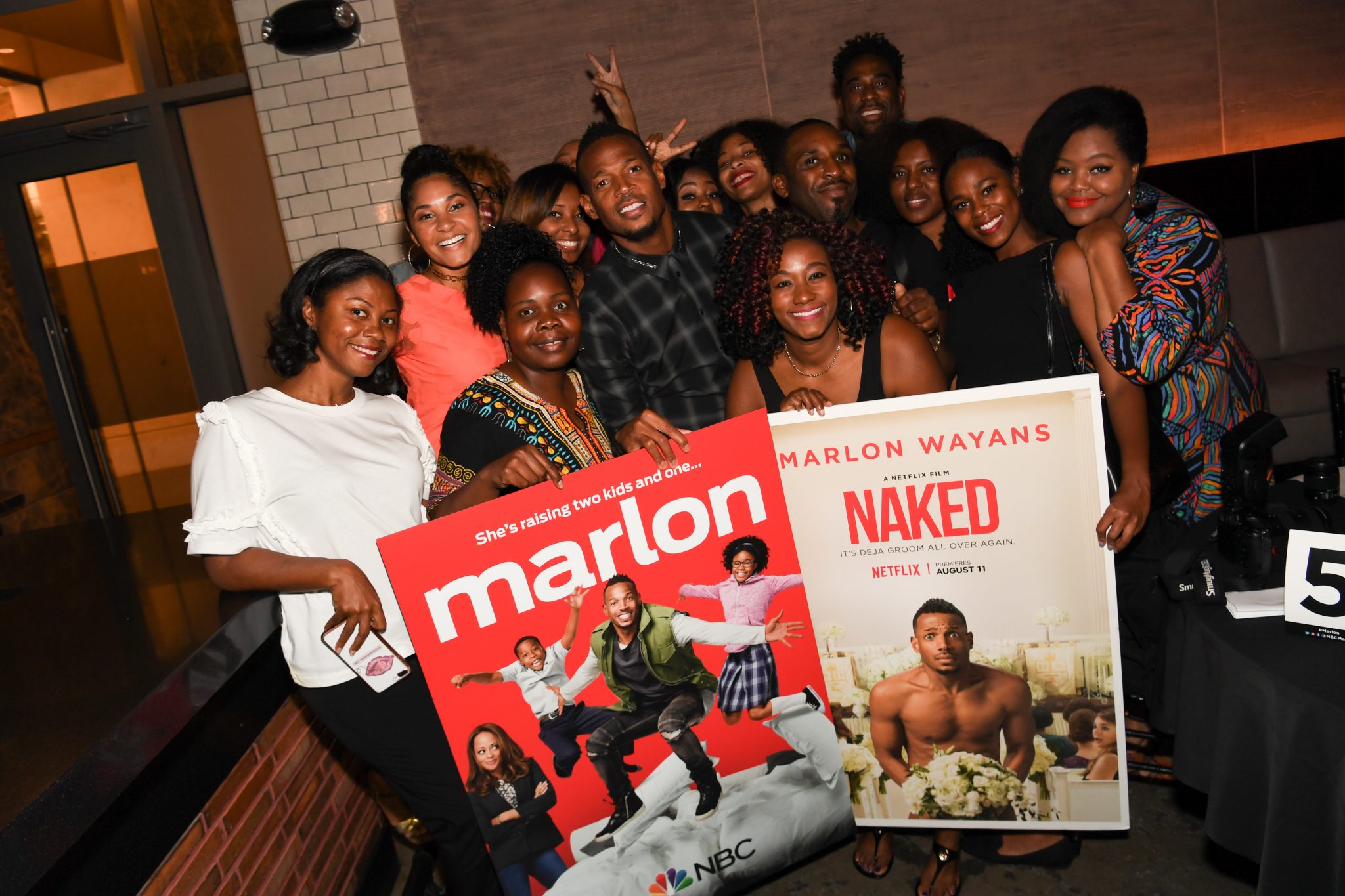 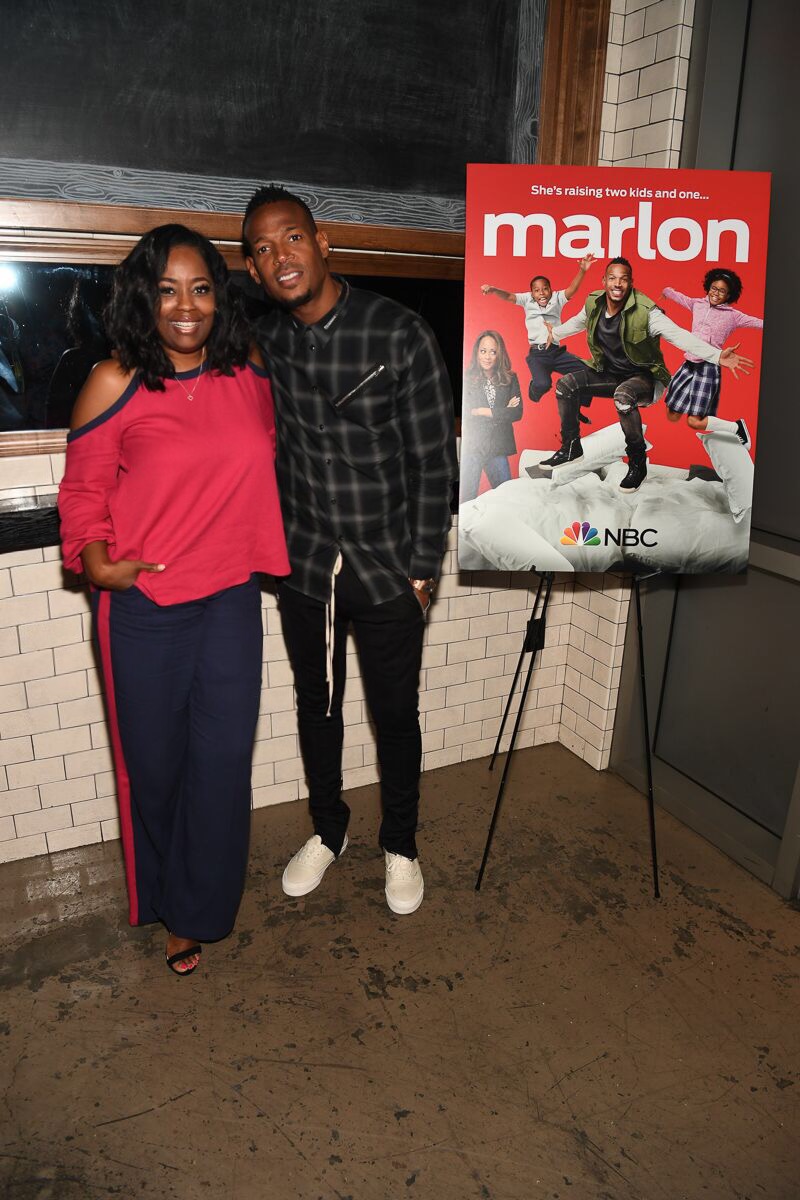 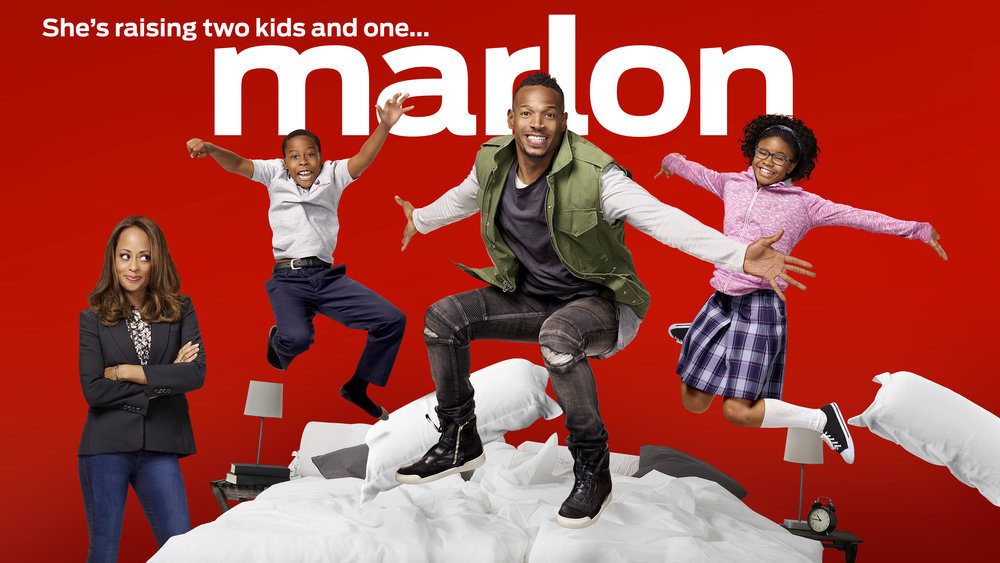 ABOUT MARLON
Loosely inspired by the real life of star Marlon Wayans (“In Living Color,” “Scary Movie”), this update to the classic family comedy centers on a loving (but immature) father committed to co-parenting his two kids with his very-together ex-wife. While his misguided fatherly advice, unstoppable larger-than-life personality and unpredictable Internet superstardom might get in the way sometimes, for Marlon, family really always does come first – even if he’s the biggest kid of all.